I can’t believe it’s almost time to dig out our Thanksgiving books for kids! This list is full of both fiction and nonfiction story books for kids.

If not, you’ll want to scroll through this list of Thanksgiving-themed books for kids. If so, see if you can find a few new ones to add to your list.

Which ones will you add to your reading list?

Below, I’ve featured just a handful of Thanksgiving themed books that will help your kids ages 6-8 celebrate all that Thanksgiving has to offer.

You should be able to find them at your local library or bookstore. If you can’t find them locally, you can click each image cover to purchase them on Amazon. 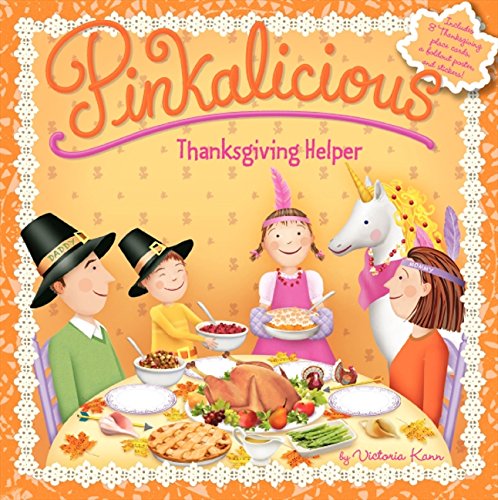 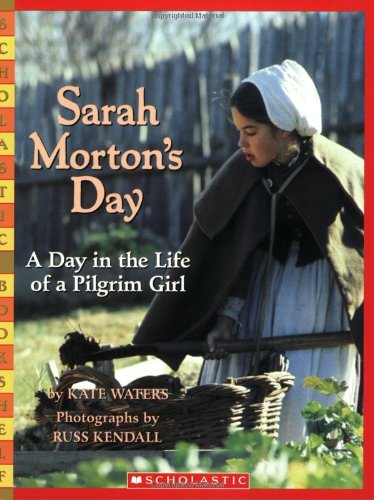 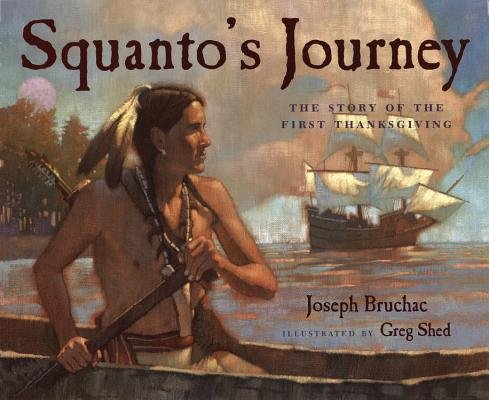 Sarah Morton’s Day | At sunup when the cockerel crows, young Sarah Morton’s day begins. Come and join her as she goes about her work and play in an early American settlement in the year 1627.

Squanto’s Journey | In 1620 an English ship called the Mayflower landed on the shores inhabited by the Pokanoket, and it was Squanto who welcomed the newcomers and taught them how to survive. 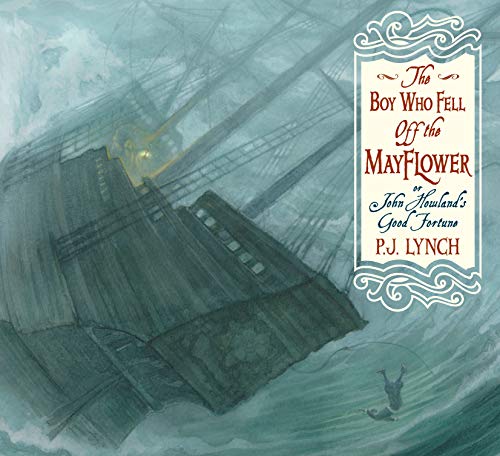 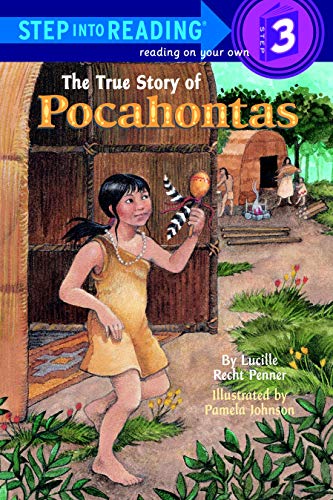 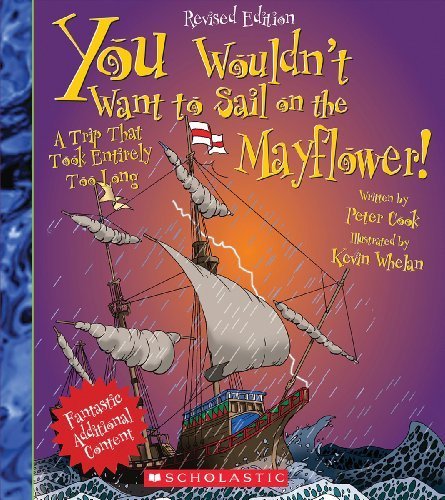 The Boy Who Fell off the Mayflower | By his great good fortune, John survived falling overboard on the crossing of the Atlantic Ocean, and he earned his keep ashore by helping to scout a safe harbor and landing site for his bedraggled and ill shipmates. Would his luck continue to hold amid the dangers and adversity of the Pilgrims’ lives in New England?

The True Story of Pocahontas | Filled with suspense, romance, and historical details, here’s a very young biography of the Powhatan Indian princess who played a vital role in early Colonial and Native American relations.

You Wouldn’t Want to Sail on the Mayflower! | It is 1620, and you and your parents are about to emigrate from England and sail to the New World to avoid being persecuted for your religious beliefs. It will be a long and hazardous voyage, and not everyone will survive but you and your fellow Pilgrims will have a special place in the history of the United States 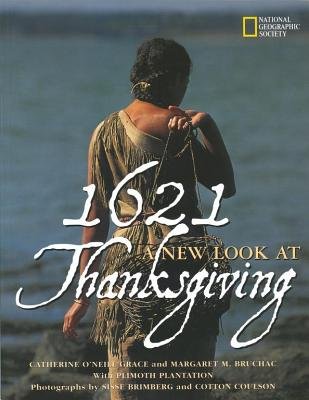 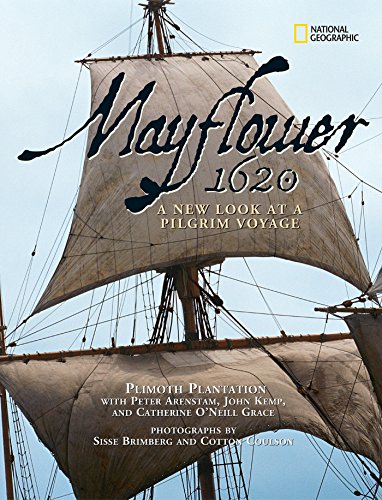 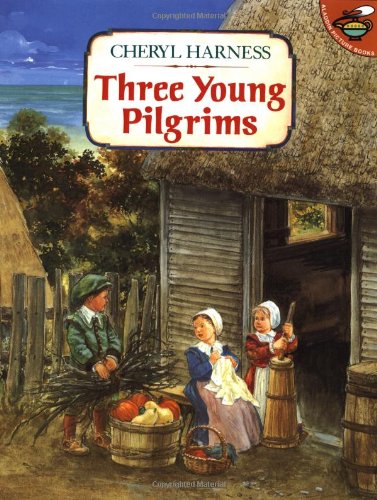 Mayflower 1620 | Plimoth Plantation and the National Geographic Society come together to tell the true story behind the legendary voyage of the Mayflower.

Three Young Pilgrims | When Bartholemew, Remember, and Mary Allerton and their parents first step down from the Mayflower after sixty days at sea, they never dream that life in the New World will be so hard. Many in their Plymouth colony won’t make it through the winter, and the colony’s first harvest is possible only with the help of two friends, Samoset and Squanto. 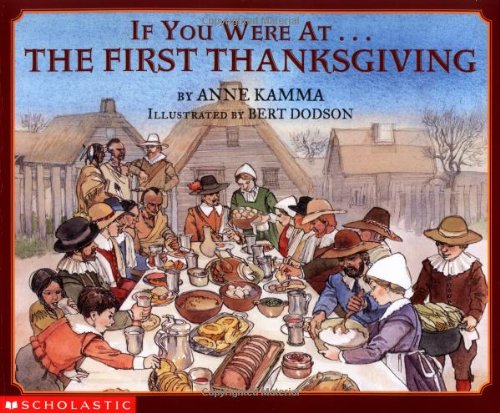 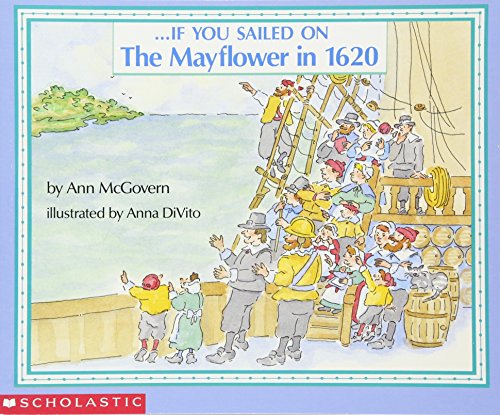 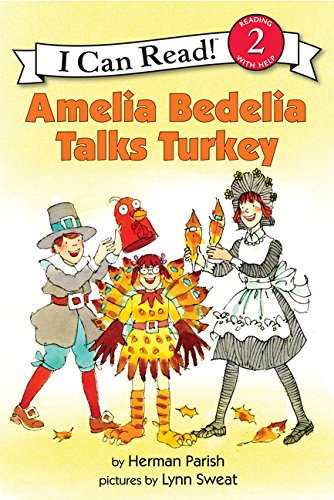 …If You Sailed on the Mayflower in 1620 | Get ready to go back in time to 1620 to discover what it was like to sail the Mayflower! 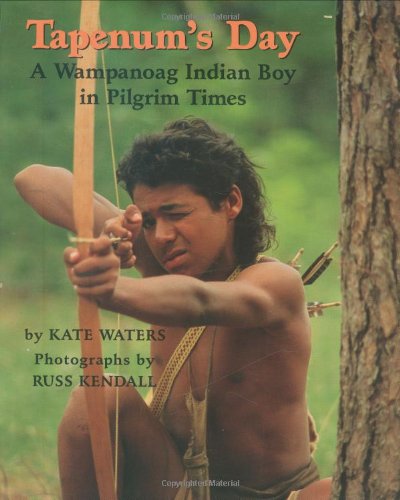 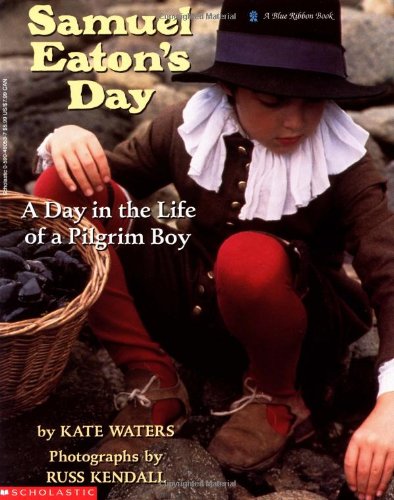 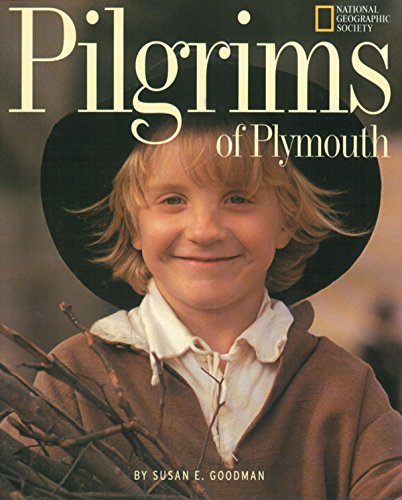 Tapenum’s Day |Chosen to become a special warrior prince in 1627, Tapenum prepares himself for the great honor by hunting, fishing, and sharing a day with friends and family, in a story that is complemented by photographs of Plymouth Plantation.

Samuel Eaton’s Day | Samuel Eaton is a young boy living in an early American settlement in the year 1627, and today is the day he will help with his first rye harvest! If he can prove to his father he’s up to the task, he will be able to help with all of the harvest. But harvesting rye is even more difficult than he expected. Was he foolish to think he could do a man’s work?

Pilgrims of Plymouth | What was it like to be a pilgrim child in 17th-century Massachusetts? This charming picture book takes young readers back in time to see. 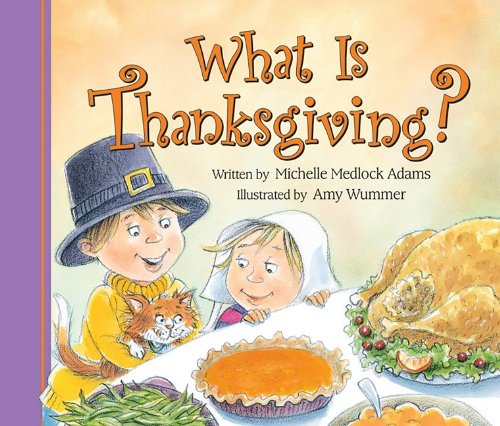 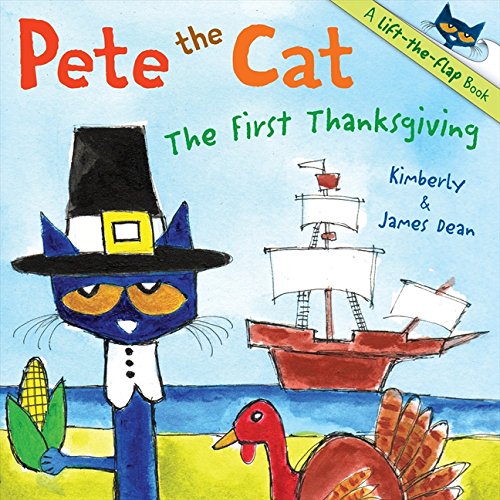 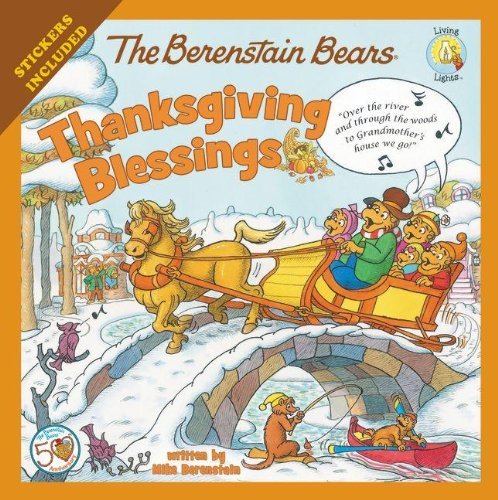 What is Thanksgiving? | This sweet story lists all of the things that Thanksgiving might be about, before concluding that it is really about giving thanks to God who gives us all these things.

The Berenstain Bears Thanksgiving Blessings | Ride along with the Bear family on Thanksgiving Day as Brother and Sister learn about all the things they- and YOU-can be thankful for…including faith, family, and the huge feast waiting for them at the end of their journey to Gramp’s and Gran’s. 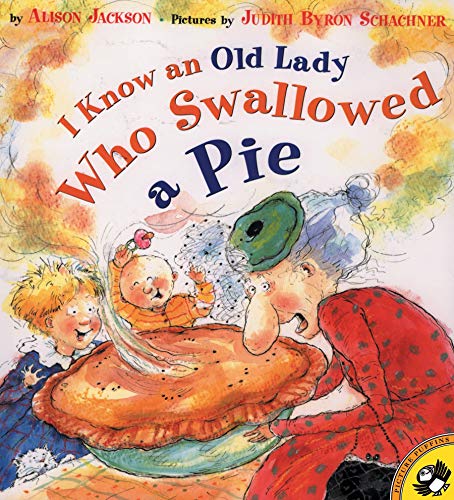 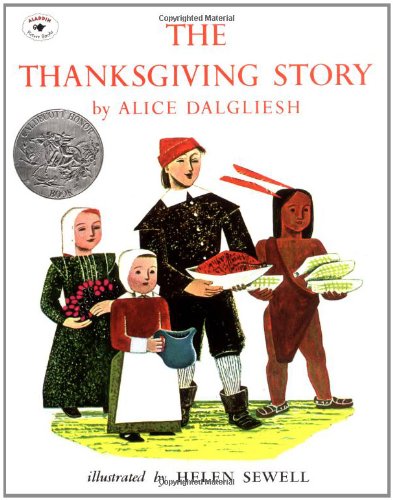 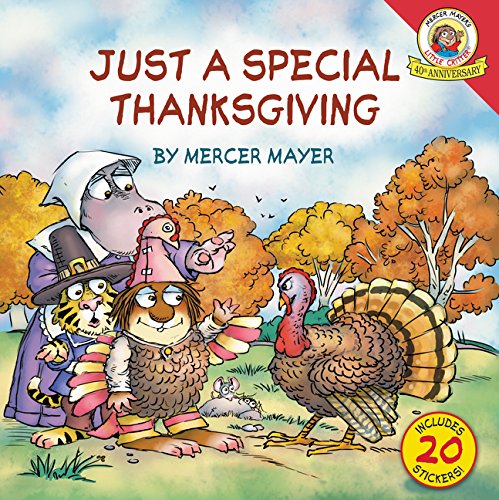 The Thanksgiving Story | Follow a family as they travel to the New World aboard the Mayflower. When they arrive, they aren’t prepared for the new challenges. With the help of the Native Americans, they may just survive their first year in the new land.

Just a Special Thanksgiving | From the school play to a surprise dinner for all of Critterville, celebrate along with Little Critter and his family as they give thanks this holiday. 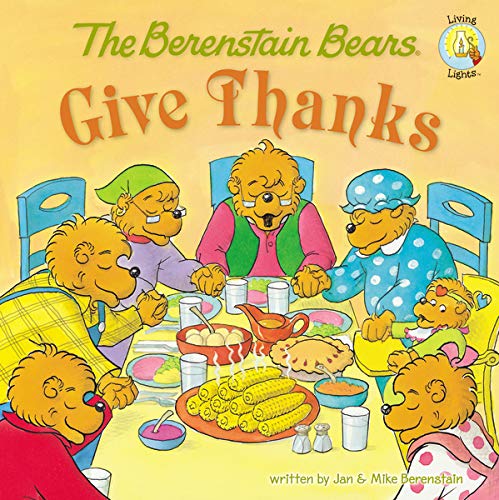 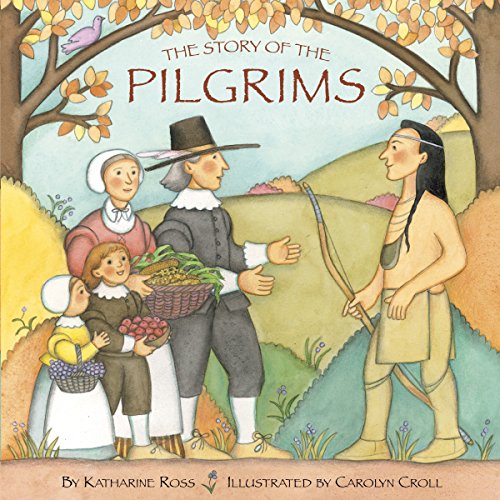 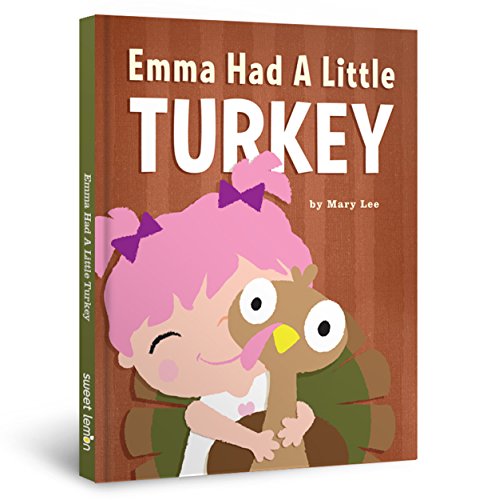 The Story of the Pilgrims |From the dangerous voyage across the Atlantic to the first harsh winter to the delicious Thanksgiving feast, all the excitement and wonder of the Pilgrims’ first year in America is captured in this vivid retelling that is perfect for the youngest historians.

Emma Had a Little Turkey | Girls and boys will love this rhyming story about Emma and her pet turkey. “Emma had a little turkey. Its feathers were soft as snow and everywhere that Emma went, the turkey was sure to go” 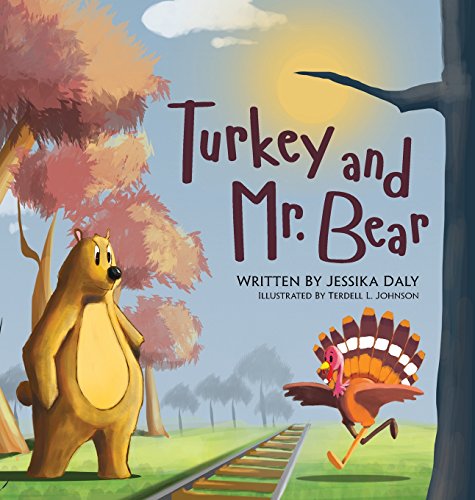 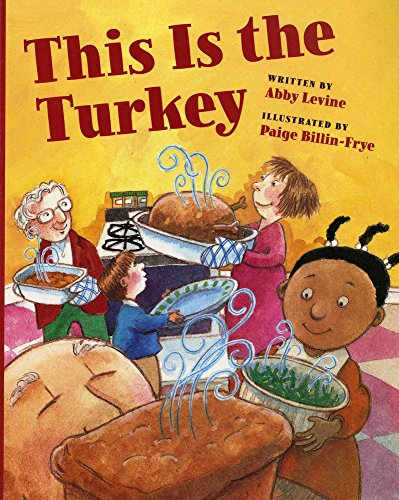 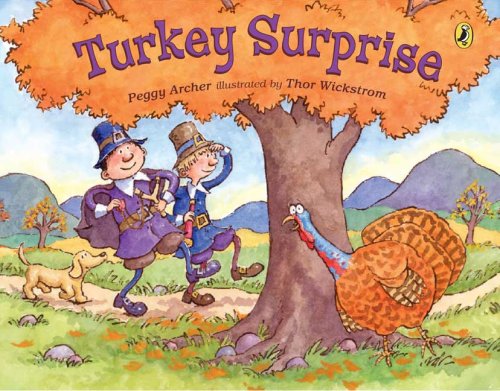 Turkey and Mr. Bear | When Turkey shares his enthusiasm for Thanksgiving with Mr. Bear, he learns that he has no idea what that holiday really means. With wild ideas about birthday cake, fireworks and stockings hung by Santa, he soon finds out what Thanksgiving is all about. What does that mean for Turkey?

This is the Turkey | This Thanksgiving, there’s a turkey to shout about―and Max is the one who picked it out! Join him and his family on this wonderful day, when cousins come to play, neighbors come carrying pumpkin pie, and there’s plenty to be thankful for. Everything’s perfect, until…

Turkey Surprise | While in the wood to search for the perfect turkey for the Thanksgiving feast, the little pilgrim begins to have second thoughts about the hunt and tries to convince the big pilgrim to abandon their task–allowing one lucky turkey just enough time to run away and hide from sight in the process!

Which of these books about Thanksgiving will you read first?

Do you smell that? Is it fall or your new pumpkin pie play dough kit. This homemade pumpkin scented play dough kit is perfect as a party favor, holiday goody bag or even a fun activity at home.

Welcome autumn and encourage creativity in your children with this fall-themed felt creations busy bag. Practice counting and exploring patterns as you put on the turkey’s feathers.